Wow, a dramatic (and controversial if you’re a idiot) game to start off this very competitive series.

First off, I have to say my heart goes out to National fans. You guys have endured so much heartbreak and I even felt like my heart was ripped out that Game 5. Hope Baker is gone and you can get a real playoff caliber manager for your uber-talented team.

After hearing Seager is out, my heart dropped a little bit. A big blow to our offense. I felt a bit okay about it though since this game 1 should be ours. Kershaw vs a low rested Quitana. The Cubs offense wasn’t that good in the NLDS.

This game, Kershaw had another good, but not god-level start that we unfairly expect. Almora got the best of him and launched a 2-run jack off of our 3 time Cy Young winner. Jose Quitana was pitching like old Quitana until about the 5th inning. After giving up back to back walks to Forsythe and Barnes, Puig doubled to center field to make it a one run game. Our Seager-Sub Culberson hit a sac fly to make it a tied game. I love how this team doesn’t back down when down a couple of runs. Chris Taylor smacked a home run to right center field off of Hector Rendon to give us the lead. Joe Maddon with his annoying pitch substituion wizardry got them out of the inning with no other damage despite a man on 2nd base, 1 out situation.

For some reason, the 7th inning is always crazy for us in playoffs (aka we lose). Luckily, we were on the more favorable side this time. After Puig smacked a HIGH BOMB over a dazzled Kyle Schwarber to give us a 2 run lead, I had a feeling we were going to get more this inning and seal the deal. Culberson doubles the next at bat. Chris Taylor singles, but doesn’t advance the runner because of the ball placement. Our clutch ginger-beard JT placed a well hit ball to Kyle Scharber who threw a bullet to Contreras. Culberson is running to home to make this a 3-run game. Culberson slides to the right just as Contreras gets the ball and tries to loop his arm into the plate. However, Contreras shin guard was in the way before he got possession of the ball. By ruling, this is interference because the catcher must give a lane for the runner to the plate if he does not have the ball. Blame Buster Posey if you want Cubs Fans and Joe Maddon (who flamed up like a child who didn’t get the toy he wanted for x-mas and was subsequently ejected). Some people hate this rule. I’m a bit indifferent, although it does protect catchers because if this rule doesn’t exist, Culberson just charges like a man into Contreras and potentially the Cubs are now down a catcher…the Dodgers, controversial plays, and playoffs. You can’t have one without the other.

The manager-less Cubs couldn’t bring this back. We had Morrow and Jansen waiting in the bullpen to deliver the final 6 outs. I don’t think that run mattered, but some fans will be angry. That’s baseball though. If it was a perfect game, history would be different that it was in the past.

Rich Hill against Lester Game 2. Let’s make this 2-0 and have them Fly more Ls! 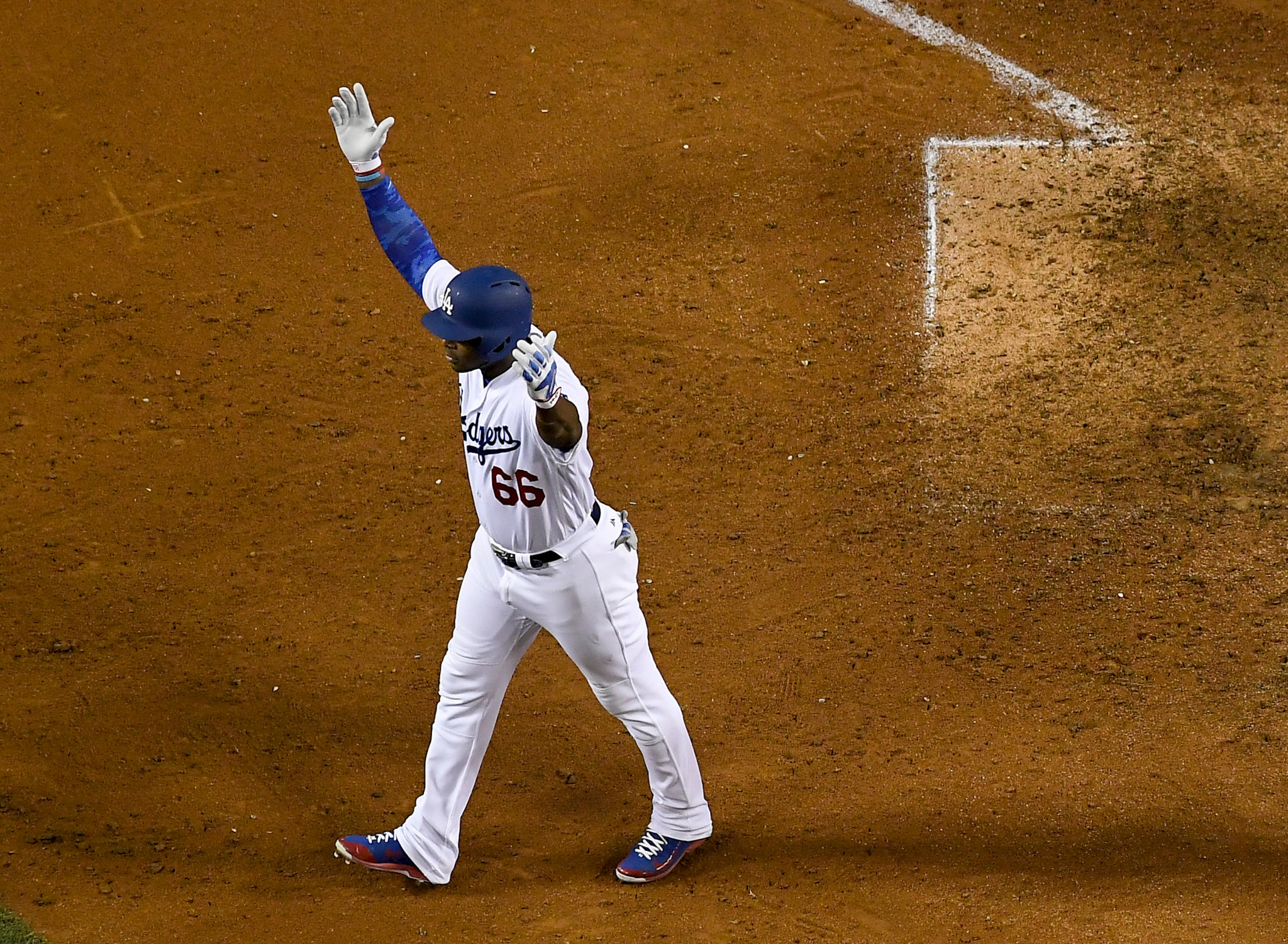 View all posts by BoyinBlue

This is a text widget, which allows you to add text or HTML to your sidebar. You can use them to display text, links, images, HTML, or a combination of these. Edit them in the Widget section of the Customizer.
%d bloggers like this: